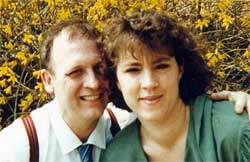 Mary and Michael Leppert are the founders and publishers of The Link Homeschool Newspaper (1995) which in 2010 was renamed HomeschoolMagazine.com. It is the largest all-inclusive, non-sectarian homeschool magazine in North America. The online edition is at www.homeschoolmagazines.com.

Mary and Michael homeschooled their son, Lennon, for his entire life. He is now an adult, a professional musician/singer/songwriter, and continues to work in the family’s publishing business.

Mary and Michael are often sought as experts in the field of homeschooling by virtue of their all-inclusive approach and knowledge, gleaned from 10 years of conference-production and 23 years of publishing The Link and HomeschoolMagazine.com.